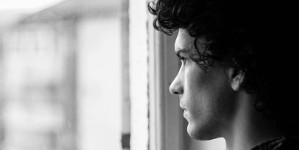 This past week, I read a really interesting article written by UMass Amherst professor Lisa Aronson Fontes, PhD.  In it, she wrote about the concept of perspecticide.  Perspecticide is the idea that when you’re in a relationship with someone’s who’s controlling, manipulative, and coercive, they have this ability over time to stifle your uniqueness.  You start to lose sight of your viewpoints, your wants and needs, and your ability to have an opinion diminishes as you unintentionally align yourself with your abuser’s thoughts, hobbies, and opinions.  The longer this goes on, the longer you lose a sense of who you really are.

This looks a lot like ‘giving in’ to someone to avoid a fight.  If you know that your participation in certain actions, behaviors, or events will upset your partner to the point of causing a horrible argument (or worse), you may decide over time to stop engaging in these things to avoid conflict in your relationship.  Then suddenly, you find yourself saying and thinking things like “I used to really like going to the gym, but I stopped because my boyfriend didn’t like me leaving the house in yoga pants,”  or “I really loved going out on Friday nights with my friends, but now I don’t because my girlfriend used to get so mad when I went.”  Before you know it, a year has gone bye and you haven’t gone to kickboxing, seen your friends, been surfing…whatever it was that made you you.  Because when perspecticide happens, you wake up one day and have no idea who you are anymore.

This is seen often in very powerful and influential friend circles at school too.  I’m sure almost everyone can relate to knowing of a peer who got a new group of friends one summer and came back a completely different person than they were sophomore year.  Things that they were once passionate about or interested in (even sometimes the types of clothes they liked to wear) may no longer be the same as they adopt completely new ideals to assimilate into a new group.  Sometimes this is done intentionally, other times by force, but to some degree the individual making the change may not even be aware that they’ve lost their ability to have a perspective, belief, or thought on something because they feel internal pressure to coincide with the sphere of influence they live in.  Though the example I just gave isn’t necessarily abusive, it’s certainly controlling and manipulating someone’s emotions.  It takes a lot to be able to shed your personality, inner wishes, desires, and (sometimes) moral code, and it often happens without any realization from the person being affected.

You can read the full article on perspecticide here.  This article may be particularly helpful to two types of people: the victim, who is having difficulty understanding how s/he lost sight of so much of his/herself, and for an outsider, someone who loves and cares about an individual in  an abusive relationship who is witnessing this happening, but isn’t able to give it a name or properly identify it.  You can find other great resources from the host site I found this article on: www.domesticshelters.org