Sexual Violence And Survivors Experiencing Characteristics Of The Autism Spectrum 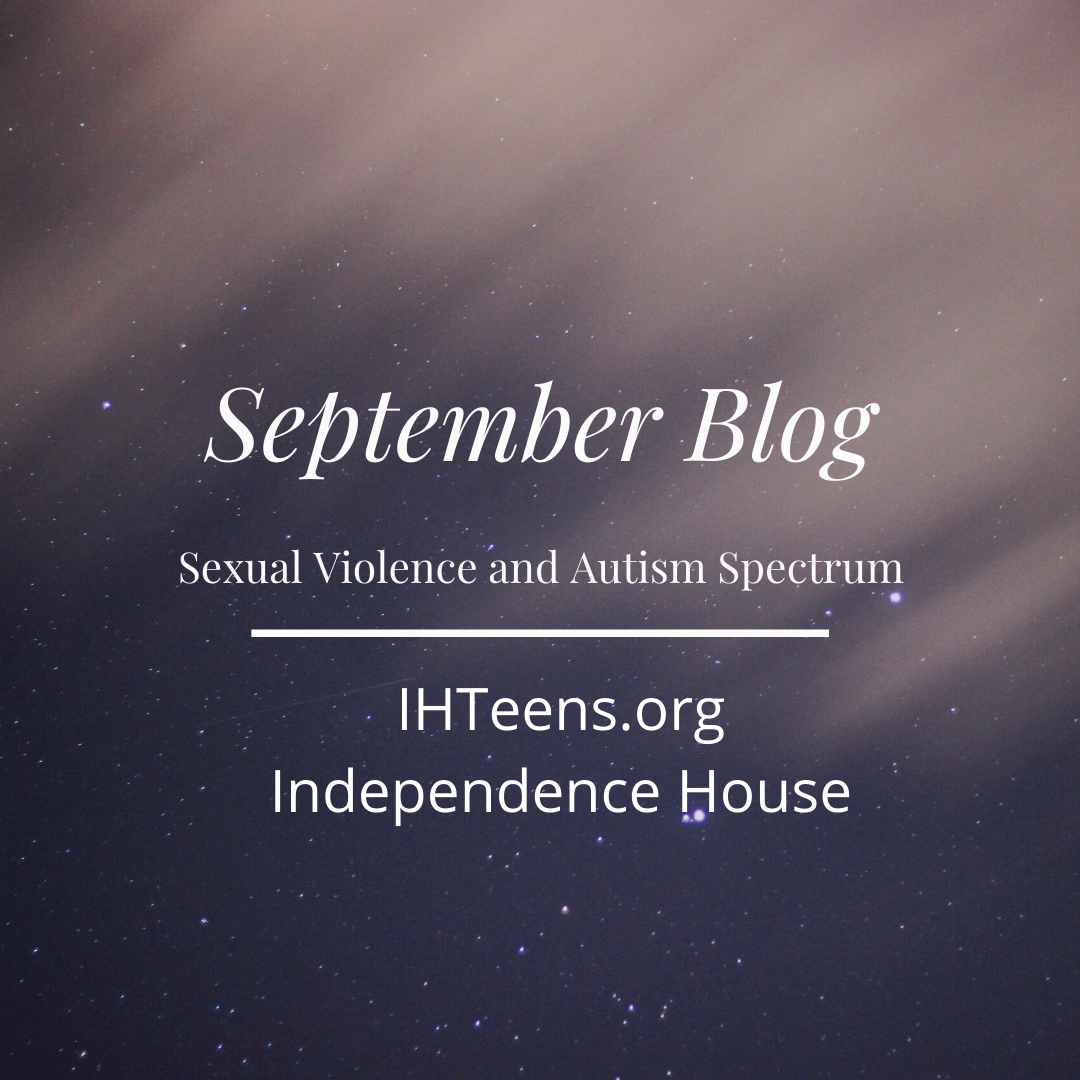 Sexual Violence and Survivors Experiencing Characteristics Of The Autism Spectrum

As of 2020, according to the CDC, approximately 1 in 54 children in the U.S is diagnosed with Autism Spectrum Disorder (ASD). ASD does not discriminate and occurs in all racial, ethnic and socioeconomic groups.

Autism Spectrum disorder is just that, a spectrum that consists of numerous subtypes, but are mostly influenced by a combination of genetic and environmental factors. Because it is a spectrum, each person with ASD will have different strengths and challenges in different areas of life. This can include strengths and challenges in the way they learn, think, problem-solve, and even performing daily tasks. Autism impacts individuals differently and not everyone will have the same traits and experiences. A common statement is “if you’ve met one person with autism you’ve met one person with autism.” Signs of autism usually appear between the ages of 2 or 3, and is the age when most children are diagnosed. General traits of autism include: avoiding eye contact, difficulty understanding emotions, reliance on rules and routine and engaging in repetitive behaviors.

Although these are common signs for Autism, gender plays a huge role to the current gender disparity in diagnosis. Various studies suggested that the males are 4 times more likely to be diagnosed with ASD compared to girls.  One theory behind this is that the autism assessment tools are usually based on boys and males, leading to the under diagnosis of girls.  Since girls in our culture are trained to be nice and accommodating, another theory is that women and girls on the autism spectrum are more likely to camouflage, commonly referred to as “masking,” allowing them to pass as “normal.”

Like most people, individuals with autism have the same need as the general public for sexual interactions and sexual behaviors, yet they might lack developmentally appropriate education in healthy sexuality and healthy relationships. Because of their traits such as difficulty in understanding emotions and reliance on routine, they are vulnerable to sexual assault or abuse.  Also, depending on their level of communication skills, they may not be able to articulate what has happened to them.

Agencies serving people with disabilities can work toward the prevention of sexual violence against their clients by reviewing their policies such as: disclosure of sexual violence, hiring practices, environmental audits and training for staff and clients.