The letter every survivor needs to read 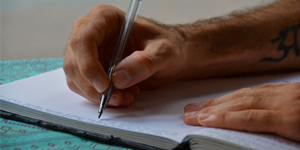 Much talk around the office this past week included the significant uproar in the recent sentencing of a Stanford student, accused of raping a girl last January on campus. Brock Turner was given a sentence of six months in jail, and a lifetime registering as a sex offender for the crime he committed. The rationale behind his short sentence was due to the overseeing judge on the case believing that jail time would be more harmful than helpful to Brock’s psyche. This comes off like minimization of both Brock’s behavior, and of the victim’s experience.

The victim, who has chosen to remain anonymous throughout the ordeal, has published her victim impact statement online. The letter was also read before Congress (which now makes it part of United States history). I found a video of congresswoman Jackie Speier (of California) reading the victim’s statement on the House floor, which you can watch here.

I’ve also included a link to the actual text of the powerful impact statement that the victim provided as testimony. It might be triggering for some, but it’s a very strong and well worded message about what happens to victims of sexual assault and the difficult experience that encompasses a court case. This published letter can be read here.

In closing, I’d like to draw attention to some media examples of support for the victim, in the form of open letters, videos, and PSA’s.

Lena Dunham and the cast of Girls create a PSA about sexual assault.