Domestic Violence Through a Seasonal Lens 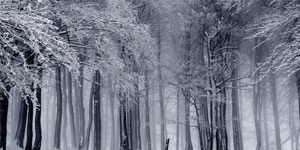 Through annual local news reports and other speculation, the wintertime and Holiday Season are frequently associated with a “spike” in domestic violence. These articles often cite stressful factors like incoming bills, shopping, and family gatherings as reasons for the perceived increase. Here on Cape Cod, there is an overwhelming sense of a slowdown during the winter season, what with all the shops closing earlier and people spending most of their free time at home with their families. Even around Independence House, some employees anticipate a heavier influx of clients around the holidays.

Is it possible that this time of the year brings an increase in domestic violence incidents?

To put it shortly, there is no cross-cutting evidence to support this, although stances exist on either side of the topic. Some have even found that there is potential harm in perpetuating the idea that the wintertime or colder weather leads to increases in domestic violence. The 2010 study Domestic Violence and the Holidays “a greater percentage of all crime occurs at night, on the weekends, during the summer, and in one’s home than at other times and places.” This fact was affirmed in 2001 by Craig A. Anderson of Iowa State University found that to be true exactly in the case of violent crimes, in the study “Heat and Violence”.

On the other hand, there are documented reports of wintertime surges in domestic violence. Hope Harbour, a domestic violence crisis center in the Chattahoochee Valley area of Georgia, sees an annual trend in crisis calls going up during December and January, seeing over 15% more calls than in the rest of the year. This sentiment is echoed by The Victim Center, a resource and counseling center for domestic violence, its Executive Director stating that they “receive more calls than usual.”

Overall, what we’d like to assert is that domestic violence and abuse are not exclusive to any season. Certainly there are unique stressors in the wintertime and holiday season that can act as catalysts to conflict, such as family gatherings, changes in drinking habits, and cold weather. We can certainly understand these sentiments on Cape Cod, where everything shuts down in the winter. However, the dynamics of what lead to abuse are much more ingrained in society and psychology of the abuser than simple changes in the weather.

For information on how to practice self-care and stress reduction in the wintertime, please refer to our article about Holiday Self Care.